MINNEAPOLIS (May 23, 2014) – Seventy-seven members of America’s “Greatest Generation” from Montana recently traveled nearly 2,000 miles to the nation’s capital as part of the state’s final Big Sky Honor Flight honoring World War II (WWII) veterans. The last flight included 76 men and one woman, ranging from age 83 to 96 and included a visit to the WWII Memorial, which honors the 16 million who served in uniform, 400,000 of whom made the ultimate sacrifice. The veterans also visited Arlington National Cemetery, the Tomb of the Unknown Soldier, the Iwo Jima Memorial and the FDR Memorial. 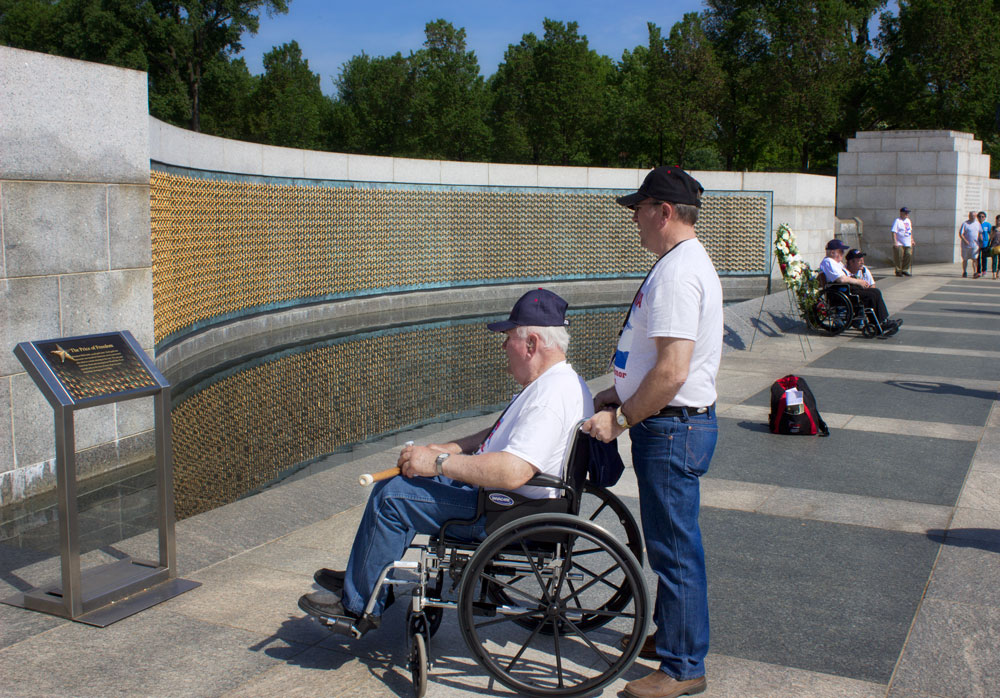 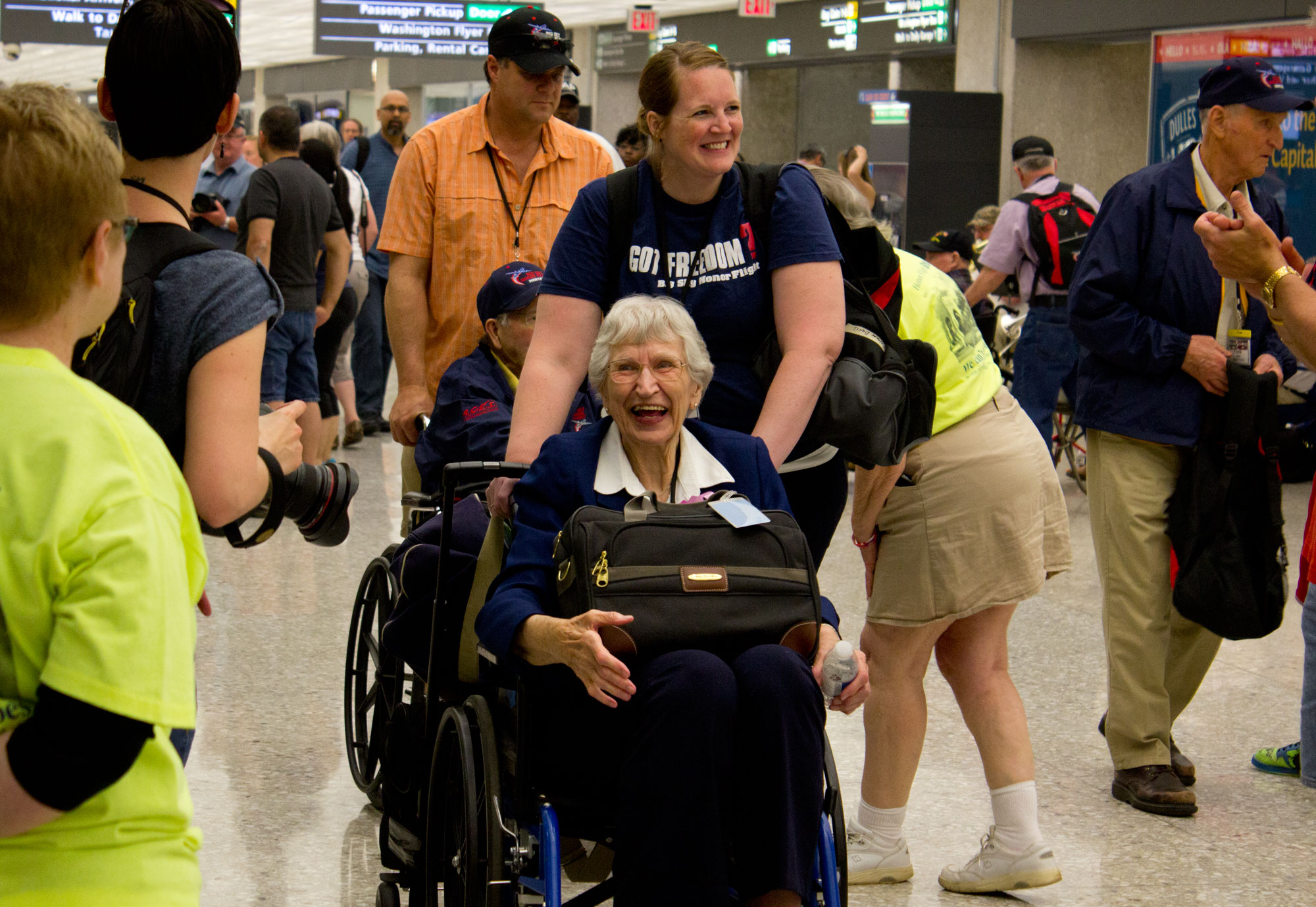 Thanks to donations from thousands of generous and patriotic Montanans, Big Sky Honor Flight has flown 755 WWII veterans to Washington, D.C. on nine flights in less than two years. Montana is the latest of several states exhausting its surviving WWII veterans whom are able or willing to visit the nation’s war memorials. According to recent figures from the U.S. Veterans Administration, 555 WWII veterans pass away each day.

The idea for Big Sky Honor Flight was launched when a resident of Westpark Village, a senior living community developed and managed by The Goodman Group, and another local veteran participated in an honor flight with a neighboring state. Tina Vauthier, president of Big Sky Honor Flight and executive director of Westpark Village (Billings, Mont.), saw how great the experience was for the two veterans and wanted to help facilitate honor flights in Montana so more of the state’s heroes could participate with their fellow veterans.

“Many of our veterans have never had the opportunity to see their memorials, so for them to come and celebrate and be a part of this whole group of people is a special experience,” noted Vauthier. “When veterans get together, there’s a unique bond they share. Sometimes they can talk about things they couldn’t with share with others. The trips often help them open up and talk with their families and friends; sharing stories and emotions that may have been bottled up and also get closure. Many of them returned from the war and went back to work right away, with little recognition for their service.”

The mission of Big Sky Honor Flight is to recognize the state’s veterans while expressing the gratitude of all Montanans for their service and sacrifice. A hub of the national Honor Flight Network, Big Sky Honor Flight transports the state’s veterans to Washington, D.C. to visit the memorials at no cost. Top priority has been given to WWII veterans and terminally ill veterans from other wars. The organization’s efforts will now transition to Korean War veterans followed by Vietnam War veterans.  Guardians, whose travel expenses are not paid for, accompany each veteran to ensure safe travel. Each flight costs about $155,000, but the memories made and the closure provided are priceless.